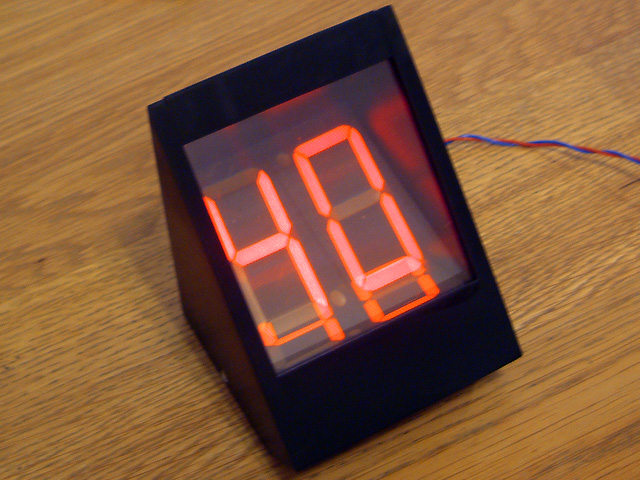 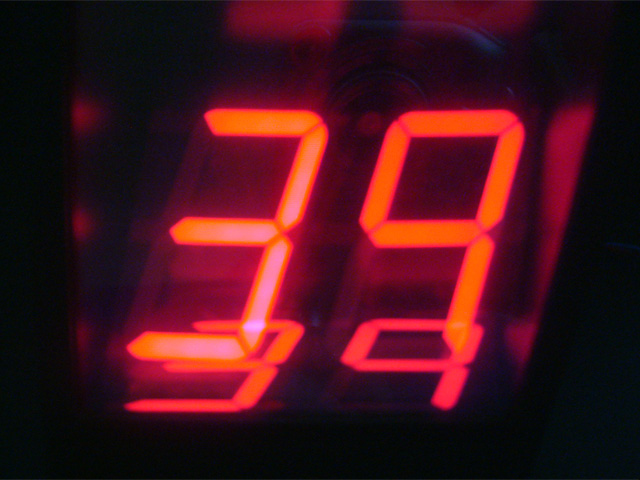 How it came about

This clock started when I was given a few 2″ high LEDs. I decided to make a two digit clock and it struck me that I should be able to piggy back the displays onto a pcb of the same size. So it was that I devised a layout, etched and drilled it, programmed up a PIC and it worked.

I mounted one display upside down so that I could use the two decimal points together as a flashing colon.

There the project remained without a case until I was sent a few small sheets of a rather curious material. It has embossed lines at 45º, like those lenticular pictures that change when you move your view. I started to experiment with this material and found that when I put it over the LED clock I got a choice of two effects, vertically the material made two slanted copies appear, horizontally I appeared to have one elongated image hovering above the display and a compressed version below it. This really gives a strange floating effect to the display. And so my final clock took advantage of this latter effect. 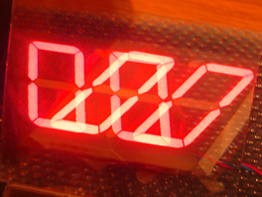 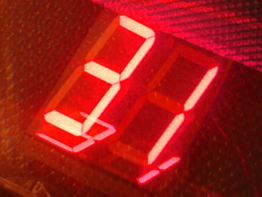 All that remained was to make a case for the assembly out of 3mm acrylic sheet, which I sprayed matt black. 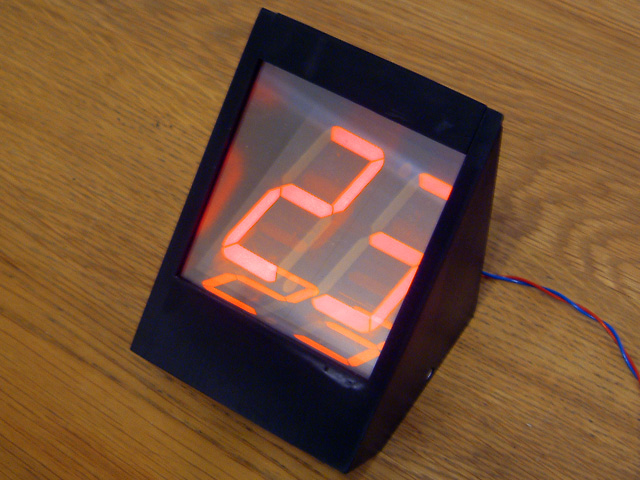