This clock was made in conjunction with a friend who gave me a few displays and also introduced me to PIC programming, which in turn opened up a whole new world for me. At last I could start to make my electronic dreams come true… well maybe.

These displays can be found in many UK fruit machines, SWP and AWP machines. A fruit machine is a set of three or more reels, often with fruit and other symbols on them, which are spun in order to win cash or token prizes. In the US they go under the vague name of slot machines or one armed bandits. A Skill With Prize machine is a gaming machine which provides a payout depending on the player’s skill.

SWPs are contrasted with Amusement With Prizes machines which, while interactive, do not depend on the player’s skill in determining outcome. So now you know. 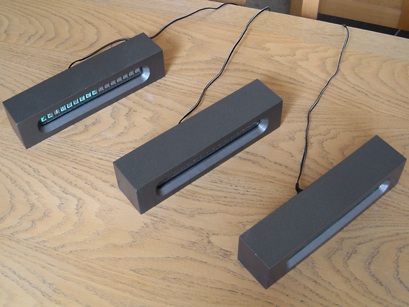 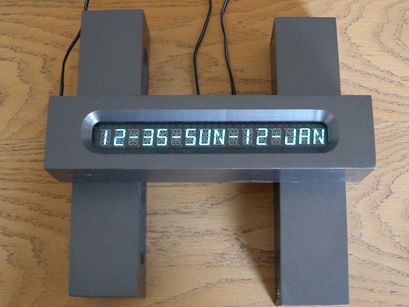 Used displays can be picked up for a few GB pounds, but many will be found to be near the end of their life – dim and disappointing, so beware of paying a lot of money. They are available in both 12 volt and 5 volt versions, so check carefully before powering up. The segmented displays are quite old and demand that data is sent at a slow rate. Too fast and the display chokes.

Not much to say about the case, it is a minimal shape made from thick polycarbonate to house the displays and my small driver board that sits on the back of it. As the display itself runs off 5v and has all the necessary components to make the display work, all I needed to do was feed it serial data and off it went. 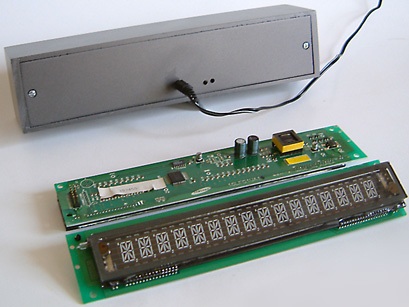 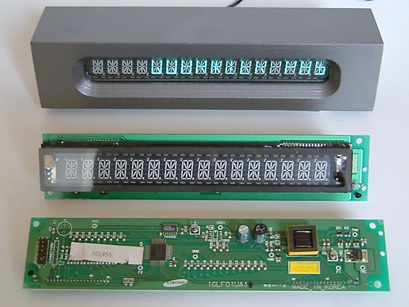 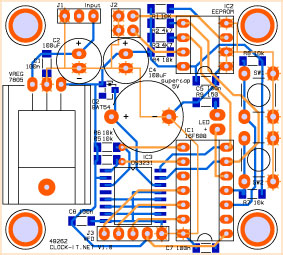 The aim of this clock is to display words much as a person speaks when you ask them the time. About six o’clock, nearly half past six, that kind of thing. So it approximates to the nearest ten minutes and gives an appropriate response.

In addition there are a few other modes. A static rather than scrolling clock, one that dissolves snowflakes into the characters.

I have made four of these clocks. The person who gave me the displays has one, two have been sold and I kept one.

I have a small quantity of the displays left and I intend to expand the repertoire of words with an EEPROM.