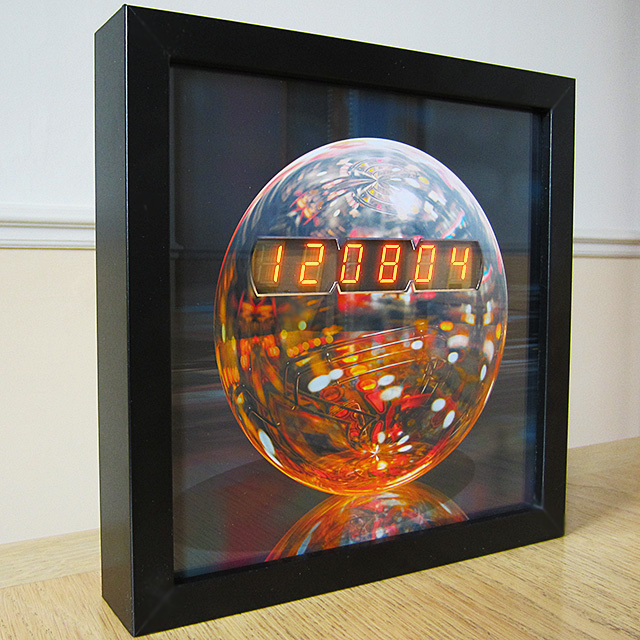 The finished clock: The artwork is fitted into a wooden frame with rear controls.

The clock is simple in function. While the clock is running one switch sets the hours, one sets the minutes and resets the seconds to zero.

To preserve display life there is an option to switch the display off at night. The on time and the off time can be adjusted to suit the user. By default it goes off at 10pm and on again at 8am. The LED on the board continues to blink to reassure you that the clock is actually working.

While the clock is in sleep mode, pressing either switch will wake the clock up for one minute to display the time, after which it will go dark again. The adjustment function is locked out for five seconds to prevent the time being adjusted rather than waking the clock up.

The clock now has a variety of scrolling and animation modes which may be selected according to personal preference by holding either switch down while you plug the clock in.

The disadvantage with the Bally display assemblies is that they are rather deep because the PCB is at right angles to the display envelope at the back. This inevitably leads to a rather chunky box if the unit is not modified in any way. If the Bally display is to be kept untouched there is little that can be done about this. My boards per se do not add anything to the depth of the box.

It is just possible to unscrew the plastic mount for the display, snip the plastic and bend the display so it lies flat with the circuit board, without unsoldering anything.

However, I had such a quantity of these units that in testing them all I found I had some good displays with bad boards and I also had some good PCBs with broken or out-gassed displays. It seemed logical to unite the two and I was no longer restrained by the need to keep the display at 90º to the board. The result is a much flatter box overall and a larger area for surrounding artwork.

I decided to have a small quantity of professional PCBs manufactured. These are designed to fit either directly over the display pins, onto which they can be soldered, or the board can sit alongside the existing pin locations and bridged across with wire. They could also be attached to a suitable plug connector with no soldering to the original display.

In the picture below I chose to remove the pins to reduce the depth of the assembly and secured the display to the PCB. 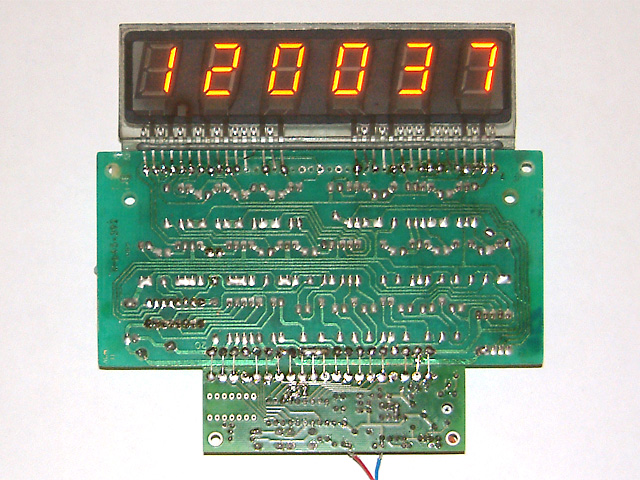 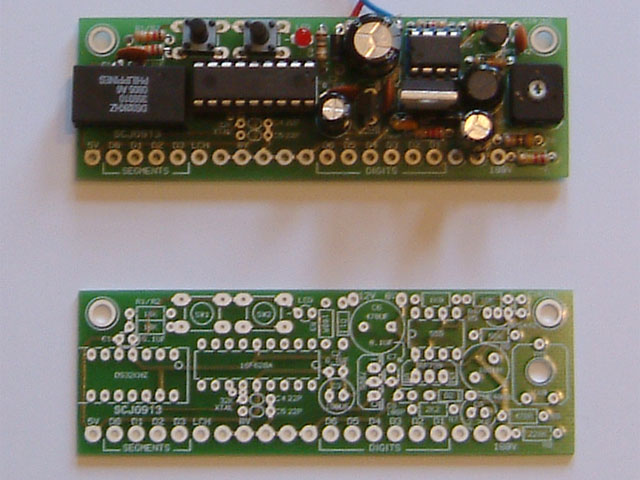 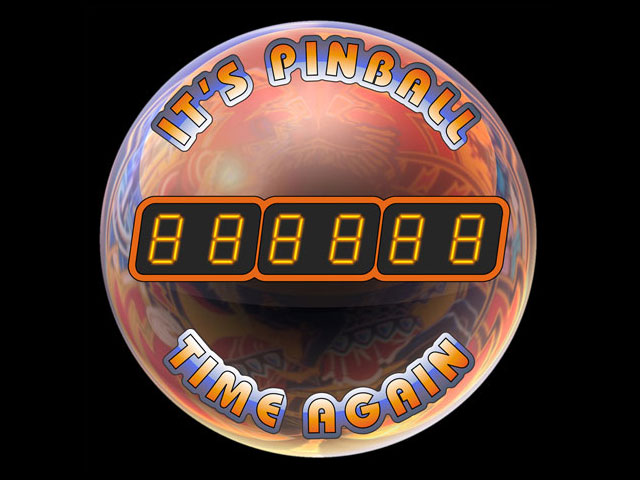 For those who are prepared to pay for the time for me to devise suitable artwork and to build the case, I can be commissioned to produce something specially for you. Typically the cost will be around £200, depending on the complexity of the design. Remember, you will be paying for my time, getting a unique design and obtaining a fully working pinball clock.

Some designs produced to date: 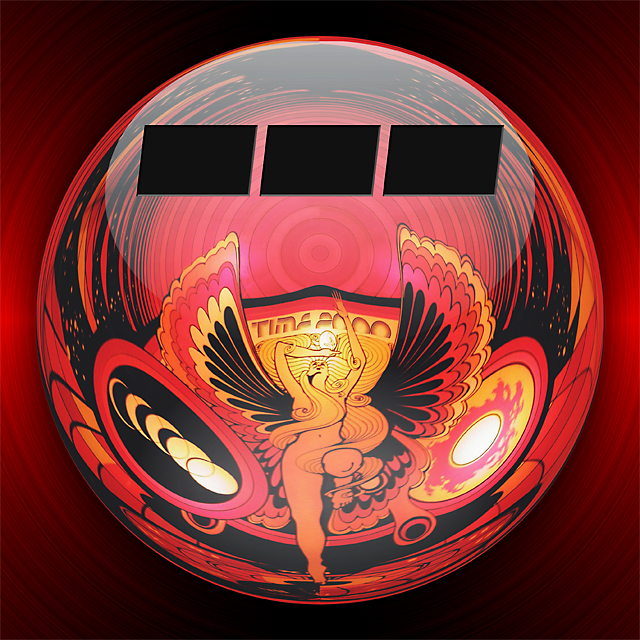 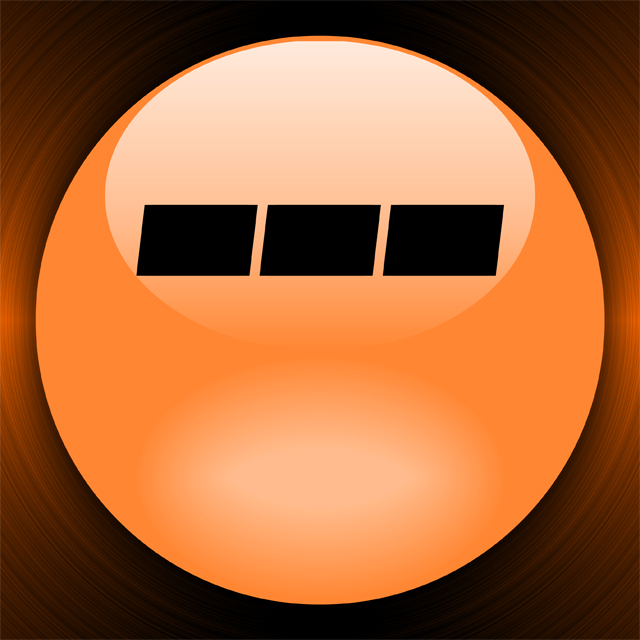