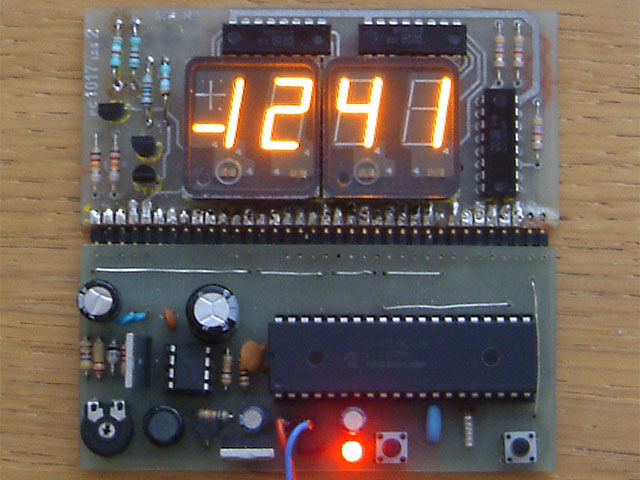 A neighbour visited my house one day and saw some of my clocks. He said that he used to repair equipment and he seemed to think he had something at home with nixies in it. He said he would have a look.

He later arrived with an old meter which included the two flat style Panaplex Sperry/ Beckman displays shown above. I unsoldered the displays from the mother board to which they were attached and traced out a circuit diagram of what was on the board.

Happily this little board included three DM8880 high voltage decoder/drivers and three transistors to drive the plus, minus and leading 1 on the left hand display. I had to change a few resistors to match the brightness of these to the other digits, but otherwise I left the existing board alone.

I found documentation for both the displays and the drivers online. 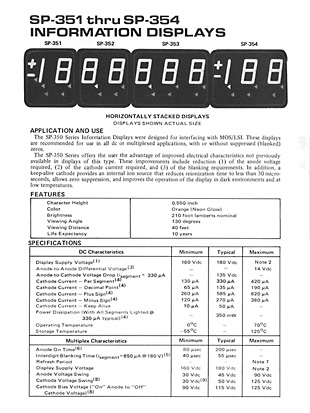 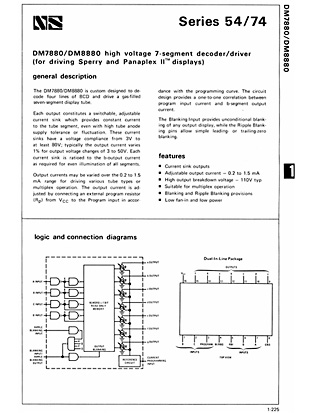 I found a mistake in the documentation, which I record here in case it helps anyone else. 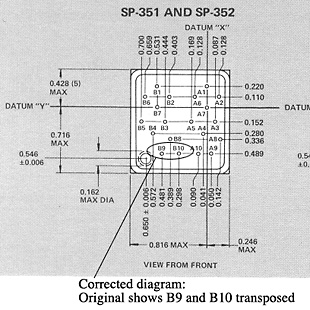 It was simply a case of building a small circuit board to house a PIC microcontroller and a 12v to 180v switched mode power supply using a 555 timer and FET to generate the high voltage. I designed a single sided circuit board with connections that matched up with those on the display and the rest was plain sailing. One of my usual clock routines sufficed to get the displays showing the time and there the project rests. I have not designed a case for this clock yet.

I also forgot to add any transistors for the decimal points. I may work out a way of kludging those in, in due course. 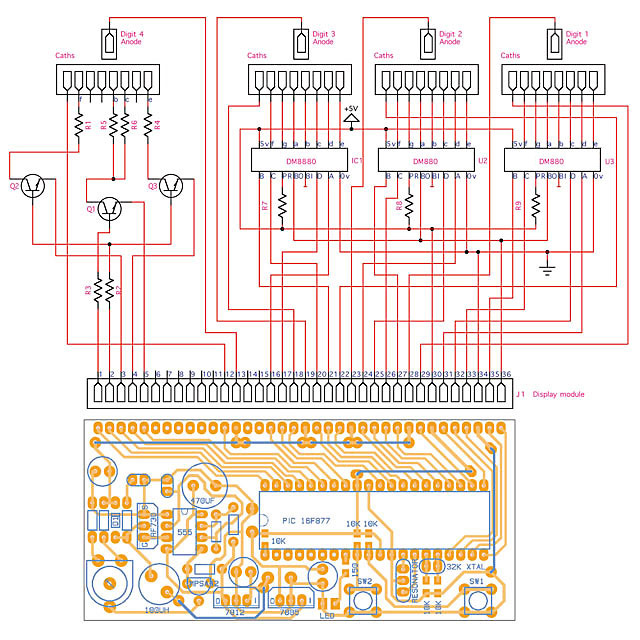