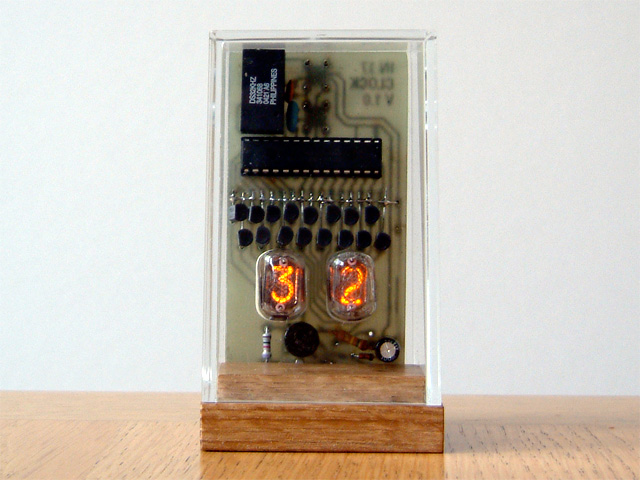 This clock was inspired by a small acrylic pen pot I’d seen in a Japanese MUJI store in London. “I could build a little nixie clock in that”, I thought.

I started to do a few volumetric 3D sketches. Originally I had the two tubes at the top of the box and the switches accessible from the front. 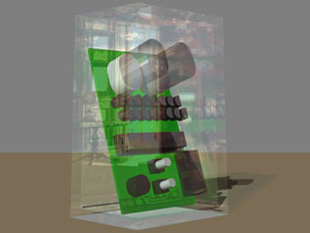 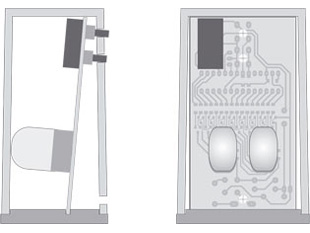 I had already programmed a single tube clock with soft fade routines and this clock provided a platform for me to translate these to work with a two tube clock. 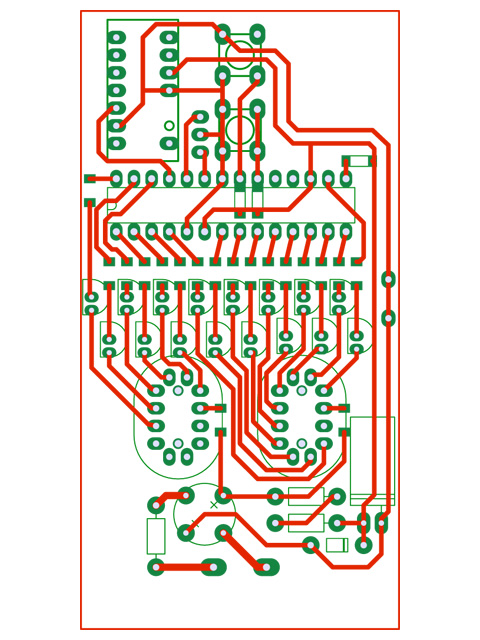 In a word, it’s lethal. If you drop it and it opens, it won’t make the baby laugh, it will probably kill it. The mains power is rectified and dropped across a resistor and 5 volt zener diode to provide power for the Microchip PIC. This provides no isolation from the mains and is not to be recommended for safety reasons, but I live in a house with no pets or small children and was not intending to sell this clock, so I was less concerned about safety.

This is indeed a very low part count nixie clock.

The PIC provides the 16 outputs necessary for driving all the cathodes for a two tube clock. The outputs switch an MPSA42 transistor on to light the cathodes on each of the two tubes. These have their common 0v connections soldered together above the board, making wiring easier and a simpler board layout.

Accurate timing is provided by a Dallas DS32KHZ chip.

In this clock the circuitry is so simple it was not necessary for my purposes to draw up a circuit diagram, I went straight to a single-sided PCB layout which I exported as a postscript file and printed out using a laser printer. The printout was then ironed onto some single sided copper circuit board, the paper soaked off and the board dunked into ferric chloride for etching.

A few component holes were drilled, the components soldered up and the clock was more or less complete. Robert’s your father’s brother.

I machined a small base out of solid oak and drilled two holes in the acrylic box for switches on the back.

I could make a little cosmetic screen to hide the electronics, with holes for the tubes, but I probably won’t bother…

Videos showing several of the effects