An experimental idea, but good so far and it works…

After my experiments with successfully Charlieplexing up to 144 LEDs, I decided to try the same method with the cathodes of high voltage nixie tubes.

Charlieplexing is an electronics technique developed by Charlie Allen at Maxim in which relatively few I/O pins on a chip are used to drive a large number of devices. 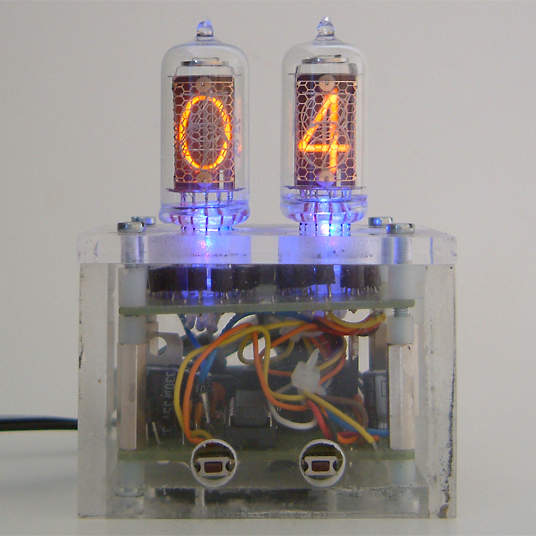 Two nixie tubes each contain ten cathodes, one each for the numbers 0 to 9.

20 cathodes fits neatly into a 5 x 4 Charlieplex. Just 5 output pins drive 20 cathodes. Only one high-low output pair from the PIC is active at any one time, thus the two tubes’ data are rapidly switched between to give the illusion that both are lit all the time.

The clock also includes a switched mode high voltage power supply for the nixies. This is based on a very tried and trusted design using a 555 timer, a FET and an inductor.

The PIC used has 14 pins. After using the five data outputs and two for the switches, I still had some pins spare so I decided to put some dual blue/red LEDs in the bases of the tubes. Just for fun.

The only issue that I encountered is that this system is very unforgiving if there is an open connection somewhere – the whole group of other cathodes connected to that same anode set will all glow together, dimly. It’s a shock to see and looks horrendous, but it’s easy to spot and fix once aware of what is happening. 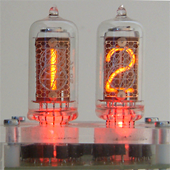 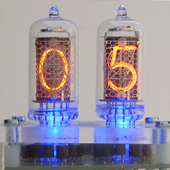 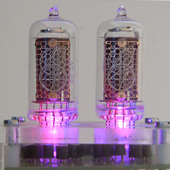 This is probably best shown in a little movie…

The clock is built on two circuit boards, which fit one above the other. 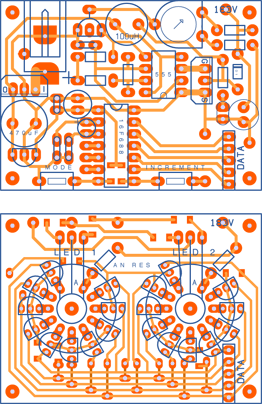 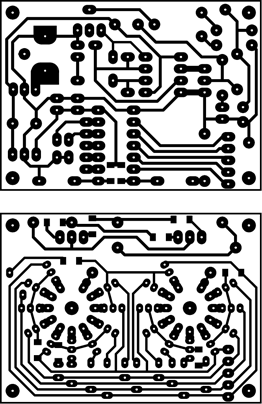